$25,000 in tech equipment stolen from nonprofit youth lab in Cudahy 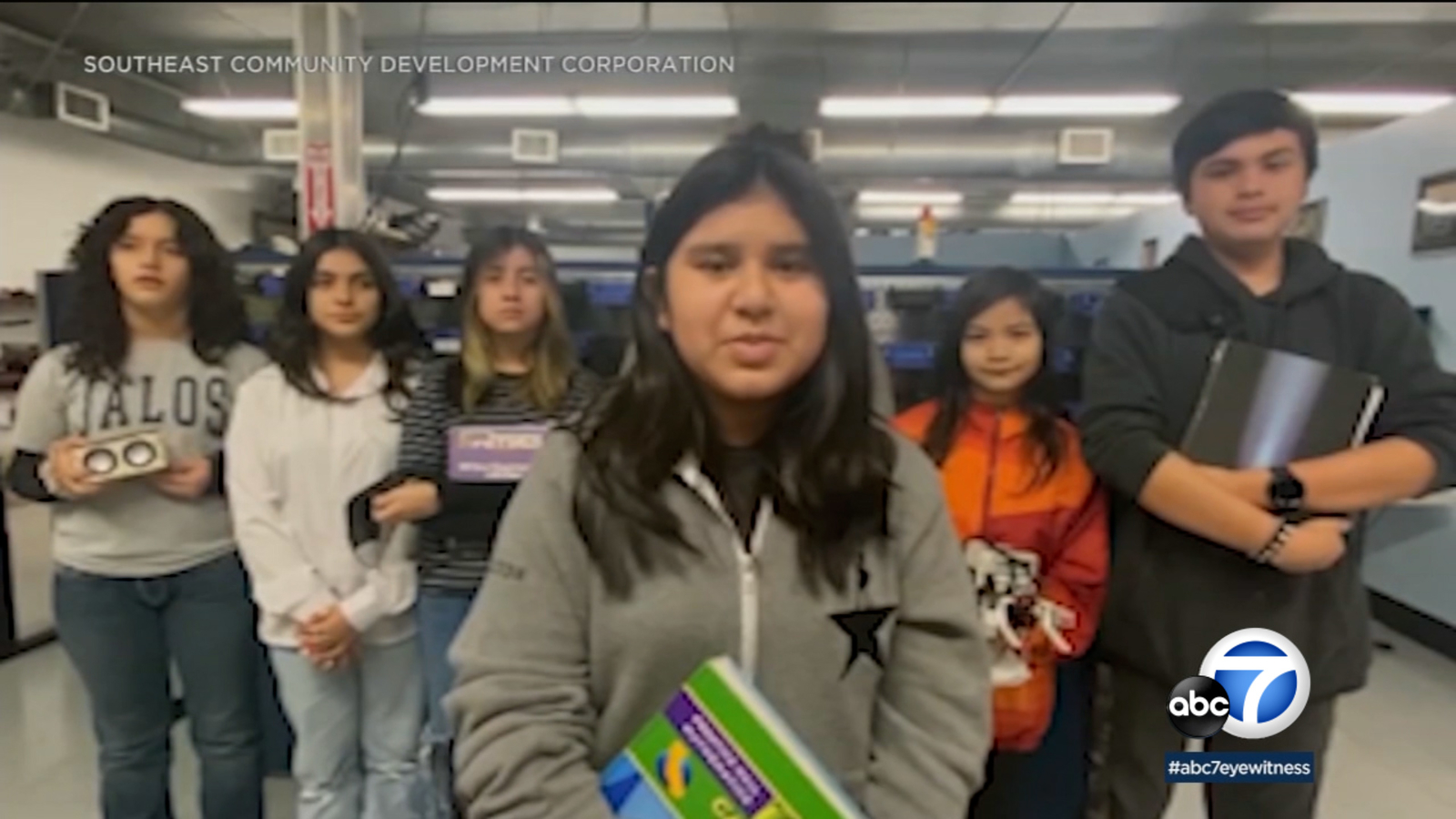 CUDAHY, Calif. (KABC) — More than $25,000 in technology equipment was stolen from a nonprofit’s youth lab over the New Year’s holiday weekend in Cudahy.

It happened to the Cudahy Tech Center, which is housed at the Lugo Park Community Center in Cudahy. The nonprofit Southeast Community Development Corporation was ransacked.

“Not just stunned at that point, I just became angry,” said Emma Hernandez, the nonprofit’s executive director. “That’s where I a am at right now. I am just going through the phases of whatever that is. And I am angry at the fact that somebody would choose to do this to our community.”

The nonprofit’s mission is to help bridge the digital divide for the youth from low-income communities in the area. It offers free classes in science, technology, engineering and math. The community center was broken into, but only items from the lab were stolen.

Hernandez said the theft happened sometime over the holiday weekend, adding that the security system was down when it occurred. Most of the equipment stolen was brand new and purchased last summer. Hernandez believes it was more than a one-person job because the equipment is heavy.

“We want our kids to get to college and have the experience that other kids maybe in Silicon Valley have or, you know, Orange County or what not,” said Hernandez. “They have great technology centers. We need that in our community.”

A police report was filed. Due to the incident, the first day of class has been delayed until further notice. The nonprofit is working to hopefully replace most of the items through the insurance company.

Cudahy Councilmember Elizabeth Alcantar said the city is working with the nonprofit to help it raise money to get the program back up and running.

LUBBOCK, Texas – Kristine Blazevica finished as the 2023 Texas Tech Multi pentathlon runner-up with a score of 4,224 points in her...
Read more
Technology