4 Weirdest Failed Startups That You Should Know About 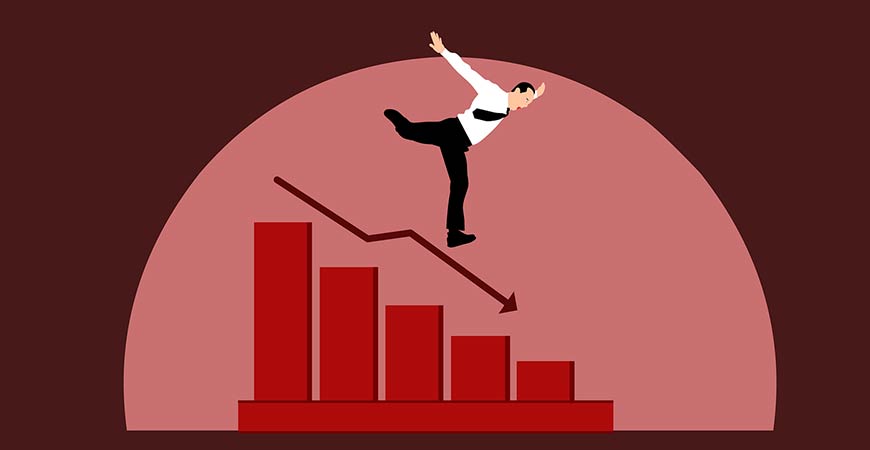 From condom keychains to computers for dogs, let us traverse the graveyard of failed startups so that we can learn from them.

When we think about the entrepreneurial space, stories of successful startup founders, like Steve Jobs, Bill Gates, Mark Zuckerberg and Elon Musk, flood our minds. But what often goes unnoticed is that these successes are needles in the haystack of startup failures.

Around 90% of all startups fail, and many reasons can contribute to a company closing shop—problems with cash flow, lack of market research or even a large-scale market crisis. No one wants to become a part of this data, and one way to avoid that is by taking a closer look at some failed startup stories and studying what went wrong. With that in mind, we bring you a list of some of the weirdest failed startup ideas so that you can learn what “not” to do when you build your own business.

Stanford graduate Robert L. Strauss came up with the idea to sell condom keychains in the U.S. after seeing their success in Thailand. During this visit to Bangkok, he discovered that a Thai warehouse was selling near-expiry condoms as keychains with the quirky slogan “In Case of Emergency, Break Glass” and getting massive sales.

His first hurdle in bringing this business model to the U.S. was that he knew nothing about starting his own business. Not only did he struggle to get the proper paperwork for bringing these products from Thailand to the U.S., but he also didn’t anticipate that the trip could damage the keychains.

Around the end of his two-year stint as a condom keychain seller, Strauss found himself US$10,000 poorer despite having sold 50,000 keychains. It should tell us that even a unique, innovative idea on paper can turn into a horrible failure if you don’t have the basics of starting a business.

The U.S.-based startup Washboard wanted to solve a problem that didn’t exist: not having quarters to do your laundry in public laundromats. To do so, the company created a subscription service to send you quarters monthly, charging you US$27 to send US$20 worth of quarters.

The business had many glaring problems: Why would anyone pay extra for changes? Why wouldn’t people just go to the bank to get quarters? Because of these issues, the business barely had ten customers in the two-week run it had in 2014. The takeaway here is obvious—if you aren’t providing a helpful, valuable service, your business is bound to fail.

Ever thought your pet dog needed a computer? Yeah, me neither. And yet a company called Tesla Technology (not Musk’s electric car business) thought this was viable. In 2016, Hong Kong-based Tesla Technology launched their Dog PCs— a triangular device with a touchscreen, built-in electronic food box, camera and speaker. Pet owners could interact with their dogs with the device when they were away, and it could also entertain pets via video games.

Based on our research, Tesla Technology’s website, while still up, lists no way of buying the Dog PC even though the product was displayed at Tech Crunch’s Disrupt conference way back in 2016. Suffice to say, the product failed, and this should teach us to first do some basic market research and check whether there is actual demand for our products before going into the development stage.

A device that helps you smell your favorite website

In 1999Stanford graduates Joel Bellenson and Dexster Smith created Digiscents, a company that brings the sense of smell to the internet. To do so, they came up with a product called iSmell. Despite what its name might suggest, iSmell had nothing to do with the Apple ecosystem of devices; it contained tiny vials of oil that could be hooked onto your computer. Developed with experts in olfactory science, these vials, when combined, could recreate scents of things as simple as orange peel when clicking on a picture of an orange or smoke when watching The Wizard of Oz.

Promising to create an immersive web surfing experience, Digiscents acquired US$20 million in funding. One reason Bellenson and Smith’s company raised such massive funds was that they launched it during the dot-com bubble when the internet started to pick up steam, and people rushed to invest in internet-based businesses. Despite the novel concept, the company failed in 2001 due to a lack of demandmuch like the Dog PC.

And that’s it! This list only brings you some of the many unsuccessful projects launched by bright-eyed founders over the years. Although many people have failed to make it in the entrepreneurial space, we rarely hear these stories because of a phenomenon called “survivorship bias”, wherein you mistake a subgroup of successful people for the entire group. However, it is crucial to also look at the stories of those who have failed, from which entrepreneurs can set realistic expectations for their business and make fully informed decisions when jumping into the startup race.

South Indian-based retailer, Vijay Sales has announced their new sale on the occasion of Republic Day. The sale was confirmed by the retailer...
Read more
Success Stories

Startup Inmobi fires 50-70 employees at the start of 2023, citing performance metrics. The employees who have been fired belong to Inmobi, as...
Read more