9 companies to watch in Israeli space-tech 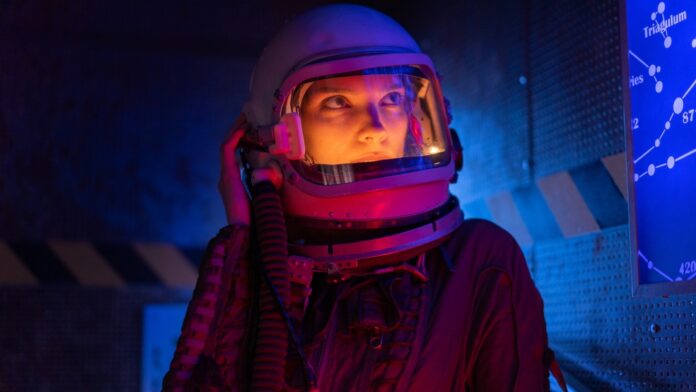 In December, we brought you a story about how 2023 is likely to be the year that space-tech blasts off in Israel. Now we are focusing on some of the top companies to watch in this field.

Since Israel’s first lunar lander crashed onto the Moon in April 2019, space has captured the imagination of the tech industry in Israel.

The Start-Up Nation Central consulting group today counts about 50 companies and academic institutions active in Israel’s space tech industry. Here we take a look at nine of the most promising startups.

“The lack of gravity on the molecules means we can do our tests easier and faster, so the results are better,” Vitali Rukin, a project manager and engineer at SpacePharma, tells ISRAEL21c.

The company has run experiments on the International Space Station and, two years ago, in conjunction with Italy’s space agency, launched autonomous satellites with an atmospheric “locked box” kept at body temperature. The system is controlled remotely by SpacePharma staff on Earth.

Experiments have looked at producing a more effective calcium supplement, the effects of radiation on DNA, how microgravity may impact antibiotic resistanceand whether zero gravity makes cultivated meat tastier.

“You just need to plug it into power and communication,” Rukin explains. “I waited until he touched down again in Florida to get it back.” SpacePharma also plans to run experiments on the Beresheet 2’s orbiting component.

If human beings are going to live on other planets, they’ll need food and air.

Israeli space-tech startup Helios is developing a technology to produce oxygen for fuel – and ultimately for breathing, too – entirely from lunar soil to avoid the huge expense of transporting oxygen from Earth.

Fuel is, in some respects, even more critical than making oxygen for breathing, as the heavier the cargo, the more fuel required. Recurring visits to the Moon by private space firms such as SpaceX might require thousands of tons of oxygen a year to be used as rocket propellant.

Helios will reach the Moon starting in 2025 via the LSAS lunar landing system, developed by Israel Aerospace Industries and OHB in Germany.

“Oxygen is going to be the most sought-after consumable in space as it makes up over 60% of the mass of any fully loaded space vehicle designated for lunar missions and beyond,” Helios cofounder and CEO Jonathan Geifman said.

The technology essentially “melts” lunar soil at 1,600 degrees Celsius and then, through electrolysis, creates oxygen that is stored for use.

CSpace is one of several startups incubated by Starburst Aerospace. The company’s aim is to create an “observation center” looking down at Earth using telescopes mounted on nanosatellites.

Amateur astronomers who can’t afford a $10,000 telescope will be able to hone their hobby by paying CSpace a monthly subscription fee of around $10.

Ramon.space develops space-resilient, radiation-hardened software and hardware as well as supercomputers for the space sector.

Such systems can be used to develop and update applications in real time in space, creating new possibilities for satellite payloads and deep space missions.

The company’s artificial intelligence and machine learning-based technology is already used in satellites and on board more than 50 space missions.

Ramon.space’s software allows satellites to communicate directly rather than going through an intermediary ground station. The satellites can receive post-launch upgrades and maintenance, extending a satellite’s lifetime, functionality and utility.

Ramon.space is teaming up with another Israeli space-tech startup, Lulav.spaceto provide an advanced navigation system for the Beresheet 2 lunar mission.

When astronaut Eytan Stibbe set off for the International Space Station earlier this year, he wore a helmet equipped with EEG monitoring equipment from Israeli startup Brain.space.

“We know that the microgravity environment impacts the physiological indicators in the body,” says CEO Yair Levy. “So, it will probably impact the brain and we would like to monitor that.”

Astronauts have long had data collected on their heart, skin and muscles in space, but no one had yet measured brain activity. Brain.space’s EEG helmet sports 460 “airbrushes” that connect to the scalp. The astronauts are instructed to perform various tasks for 20 minutes a day. Data is uploaded to a laptop on the space station.

Brain.space has already demonstrated its system terrestrially; now the company will compare EEG data to see any differences in brain activity between Earth and space. In that respect, “space is an accelerator,” Levy notes.

Brain.space has raised $8.5 million and is working with the cognitive and brain sciences department at Ben-Gurion University of the Negev.

If protecting humans from radiation is important on Earth, it’s even more critical in space. VoteRad develops high-tech protective gear that reduces the risk for astronauts (as well as first responders, military personnel and medical teams operating closer to home).

In 2018, StemRad signed an agreement with NASA to test the Israeli company’s flexible, polyethylene vests in space. The AstroRad vest, which protects bone marrow and other stem cell-rich organs in the abdominal and pelvic regions, was developed in conjunction with Lockheed Martin.

Typical radiation levels in low Earth orbit can be 100 times greater than background levels experienced by people living in tropical regions on Earth. Moreover, it can be particularly harmful to women, as radiation disproportionally affects the breasts and ovaries. Since StemRad’s vest specifically protects those organs, it could enable the first woman to travel to – and walk on – the Moon safely.

Despite being bulky (ranging from six to 65 centimeters depth depending on the region of the body the vest is protecting), StemRad’s vest is light and supple enough to wear while doing normal tasks on lengthy missions deep in the solar system, the company claims.

Jerusalem-based AccuBeat builds tiny, precise clocks for deep space missions as well as for defense applications such as radar, intelligence gathering and missile detection. (AccuBeat is a part of Israel’s Iron Dome system.)

The company’s ultra-stable oscillator is expected to be accurate 10 to the power of minus 14th of a second in space — “a million times more than our watches,” says CEO Benny Levy.

Moreover, AccuBeat says its clocks will still be ticking away 15 years down the road. AccuBeat’s system was, accordingly, chosen to power a mission to Jupiter’s moons which will take at least seven years to arrive.

Atomic clocks are not just for telling time. To provide secure radio transmissions that enemies cannot hack or jam requires highly-accurate clock synchronization. The opposite is true, too: AccuBeat’s technology can help the military triangulate enemy radar and identify the location of enemy missiles.

On the ground, GPS systems include an atomic clock which transmits a signal from Earth to the satellite to synchronize the exact time. Without that, hackers could “spoof” the GPS, causing a pilot or a ship’s captain to veer off course. AccuBeat has installed more than 100 clocks from Hawaii to China.

Some 14,000 small satellites are predicted to be launched into space by the end of the decade. Each will need tiny rockets. That’s where SpacePlasmatics comes in.

The company is developing “plasma thrusters” – rockets powered by electricity, no larger than the size of a finger – that get their power from solar cells. A second, more powerful version of the product is roughly the size of a tennis ball.

The company was established in 2021 based on technology developed by CEO Igal Kronhaus while at the Technion.

“Plasma is the fourth state of matter,” Kronhaus explained to Israeli publication CTech. “It’s an ionized gas that is so hot, the electrons are ripped off the atoms. This results in a gaseous mixture with freely moving electrons and ions.”

Space Plasmatics thrusters first generate plasma from the propellant and then accelerate the ions via the electric field to produce thrust.

These solar-powered thrusters may be able to address the problem of “space junk” by putting a tiny rocket on equally tiny satellites, enabling their Earth-bound operators to maneuver them out of the way.

The six-person company hopes to have its product ready for an in-orbit demonstration in the next two years.

Once we get to the Moon or Mars, we’ll need vehicles to help us explore the surface. WeSpace is developing thruster-propelled, wheeled flying robots, known as “hoppers,” to get us from here to there on an alien landscape.

Less than 5% of the Moon has been surveyed. Land-based rovers have difficulty with some of the steep and rough terrain. Nor do ground vehicles have the speed, mobility and connectivity to travel far distances.

WeSpace’s solution: Fly, don’t drive. Hoppers autonomously map much greater areas of the lunar surface and can even explore its underground lava tubes and tunnels.

WeSpace believes it can jumpstart the emerging space economy by providing “lunar exploration as a service,” selling the data collected by its hoppers to interested parties on Earth. WeSpace’s CTO Yigal Harel was formerly the program director of the Beresheet lunar lander.