All the 2022 Immortal Awards winners! 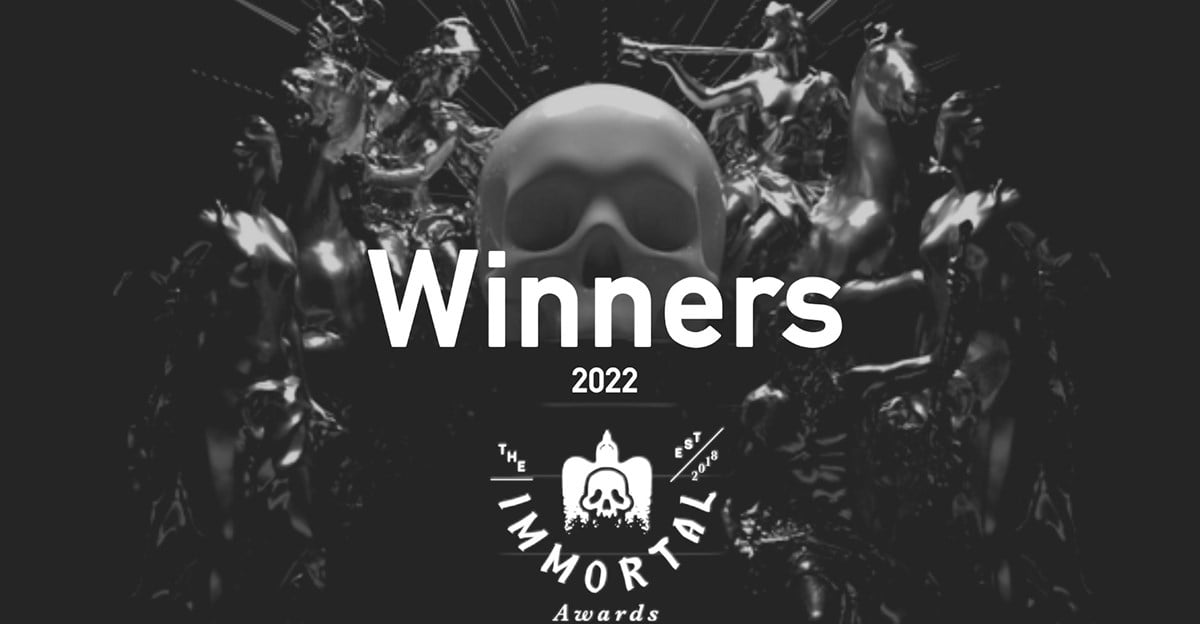 The 2022 Immortal Award winners have been announced with four projects being crowned Immortal by this year’s global jury. Jurors from each of the Immortal Awards’ five regions met in New York in December to discuss, debate and deliberate over the 31-piece global shortlist.

Of the four Immortal winning projects, two were from the UK whilst the US and Mexico received one apiece. It’s the first time that Immortal status has been awarded to a project that qualified through the LATAM round of judging.

North America dominated the commendation recipients, with projects submitted by US companies picking up three of the nine given out, whilst two were awarded to Canadian entrants.

There were also commendations awarded to projects entered from the UK, Denmark, Australia and Italy, with Publicis Italy’s The Night is Young for Heineken qualifying for the Immortal Awards through the competition’s partnership with Golden Drum, at which it was a Grand Prix winner in 2022.

This was The Immortal Awards’ fifth year of competition and marked a record year of growth in a number of ways. Alongside a 36% increase in entries from last year, more companies than ever before submitted work and more countries than ever before were represented across the submissions.

Despite the increased number of entries, this year’s juries chose to award the same number of Immortal Awards (four) as each of the previous four years of competition. There were more commendations (nine) awarded in 2022 than in 2021 (six).

With every entry into the Immortal Awards scoring points, the results of this year’s Immortal Awards, as well as previous years, can be viewed on the League Table of Creativity. The League Table has been designed as a useful tool for those who seek to find out the most creative companies in the world from the LBB membership base across both network and company level, with the ability to filter on yearly results as well as regions, countries and cities.

Paul Monan, awards director of The Immortal Awards, comments: “We’re delighted to reveal this year’s Immortal-winning and commendation-receiving work, following a wonderful series of judging sessions around the world. Following a couple of years of online judging, it’s the first time that we’ve ever judged in-person both locally and regionally, and the standards our juries have set this year truly celebrate only the very best creative work.”

Emma Wilkie, awards director of The Immortal Awards, comments: “Our simple entry process of only one entry, no categories, per ad/campaign allows the juries at local, regional, and global stages to judge based purely on what creative ideas and executions will stand the test of time when awarding Immortals. Huge congratulations to our very well deserved four Immortal and nine commendation winners who have set an incredibly high creative bar for the year ahead and beyond.”

The full list of winners for The Immortal Awards 2022: