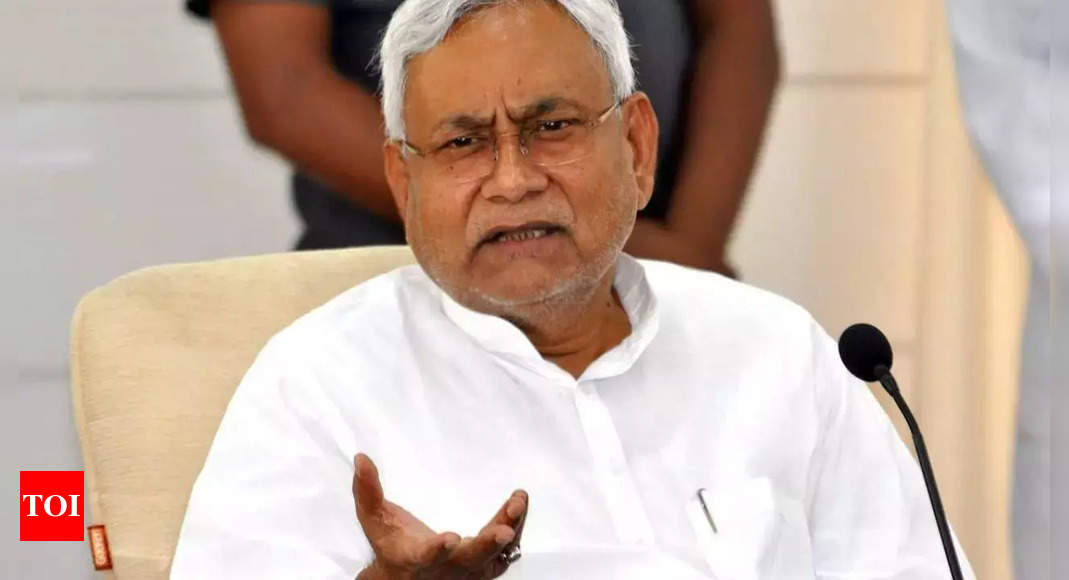 PATNA: Chief minister Nitish Kumar is likely to embark on a countrywide yatra after the Bihar Budget session this year to unite the like-minded parties against BJP and PM Narendra Modi before the 2024 Lok Sabha elections. After snapping ties with BJP in August last, Nitish has been a strong proponent of opposition unity against BJP in the country.
Nitish, who started his ‘Samadhan Yatra‘ from West Champaran on Thursday morning, said he will plan about the countrywide yatra after the Budget session of Bihar. “First, I will complete this yatra. Then the Budget session will be held. Then, I will think about it (countrywide yatra),” he said.
“Once I visit all places in Bihar (under the yatra) and the House (Budget session of Bihar) session is held, then if anybody invites me, I’ll go,” Nitish told reporters in the evening.
Nitish had met several opposition leaders, including Congress’s Rahul Gandhi, Samajwadi Party’s Akhilesh Yadav, CPI(M) general secretary Sitaram Yechury and Delhi chief minister Arvind Kejriwal among few others in Delhi soon after snapping ties with BJP in August last.
Last Saturday, Nitish told reporters at Patna that he has no problem if Congress pushes Rahul’s name as prime ministerial candidate of the opposition in 2024 general elections.
Meanwhile, BJP Rajya Sabha member Sushil Kumar Modi took a jibe at Nitish’s proposed yatra, claiming that it will be a misuse of Bihar government’s resources. “The state government is procuring a helicopter and a jet plane with an outlay of Rs350 crore for the CM to tour the country. However, it will be a complete failure,” said SuMo, who celebrated his 71st birthday on Thursday.
“Nobody will take any notice of Nitish. Besides, the opposition is completely divided. Will Mamata Barejee or KCR come to his side? Arvind Kejriwal has already announced that he will not enter into alliance with any party. Thus, Nitish’s attempt will be a complete failure,” the former Bihar deputy chief minister said.
Taking a dig at his Samadhan Yatra, SuMo said: “This Yatra is not meant for public interaction. He is afraid of facing backlash from people in the next elections. This yatra is confined to mere review meetings with officials.”

Cinema as an artistic medium serves as one of society's most invaluable tools for spreading cultural ideals around the world. Awe-inspiring films...
Read more
Load more