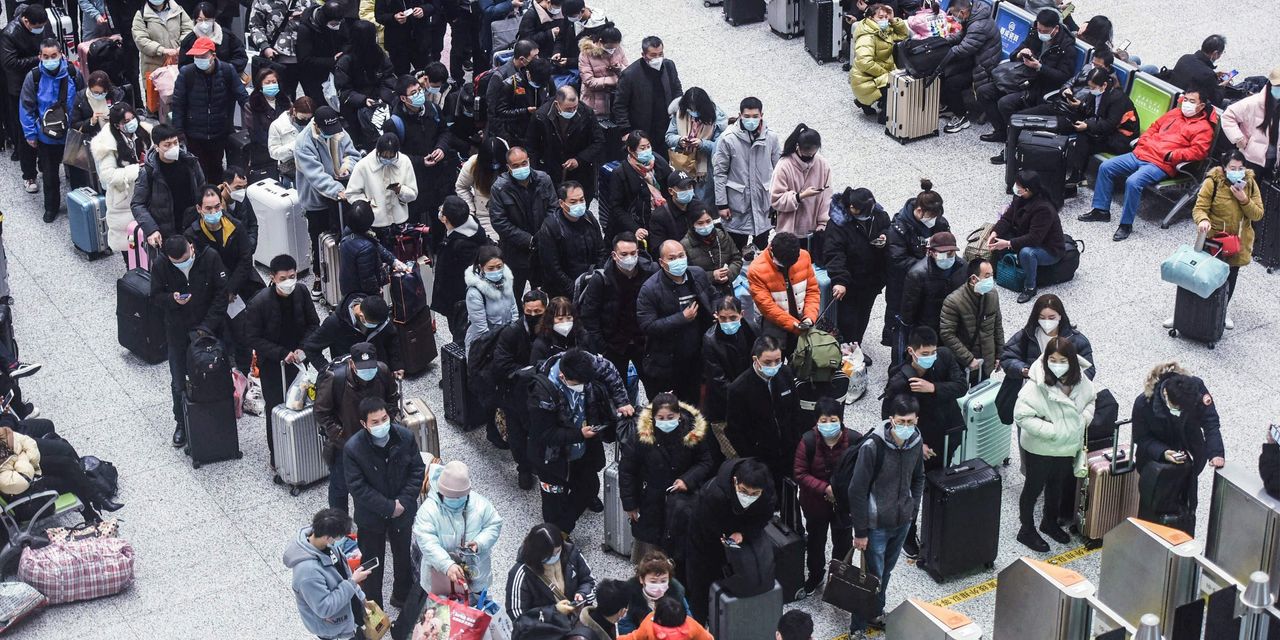 China is hoping to avoid an acceleration in the pace of new COVID cases during the coming Lunar New Year holiday, when Chinese people traditionally travel home to see family, the Associated Press reported. The Lunar New Year begins on Jan. 23 this year.

The Chinese government recently lifted what were the most stringent restrictions on movement and the strictest testing requirements imposed by any country during the pandemic — a move that has led to a wave of new cases filling hospitals.

The Transportation Ministry on Friday called on travelers to reduce trips and gatherings, particularly if they involve elderly people, pregnant women, small children and those with underlying health conditions.

But the government stopped short of asking citizens to stay home as it has done for the last two years, although some local authorities have urged migrant workers not to go back to their home villages, the AP reported.

Xu said authorities expect more than 2 billion trips to be made during the weeklong festival season, the most important time for visiting family and friends in the traditional Chinese calendar. That is nearly double the number of trips made during last year’s holiday and 70.3% of the number made over the same period in 2019, before the pandemic, Xu said.

In the U.S., the seven-day average of new cases stood at 65,083 on Thursday, according to a New York Times tracker. That’s down 8% from two weeks ago and below the recent peak of 70,508 on Christmas Eve.

Meanwhile, the Centers for Disease Control and Prevention is expected to update data on new variants later Friday. The data are expected to show that XBB.1.5, a new BA.5 sublineage that accounted for 40.5% of U.S. cases in the week through Dec. 31, has remained dominant. XBB.1.5 accounted for less than 2% of new cases in early December.

The World Health Organization said this week that it’s concerned about the rapid spread and apparent growth advantage of XBB1.5 and is keeping tabs on it.

Coronavirus Update: MarketWatch’s daily roundup has been curating and reporting all the latest developments every weekday since the coronavirus pandemic began

Other COVID-19 news you should know about:

could part with or distance itself from some of its research programs as it rethinks its approach to early development research in rare diseases and cancer treatments, the company said Thursday. The move would mark a considerable shift for a company trying to carve a path forward as demand for COVID drugs fades and as patents expire in the years ahead, according to Barron’swhich reported the remarks earlier in the day. A Pfizer representative told MarketWatch via email that the moves were intended to help the company differentiate itself.

• A Tennessee judge has ordered Gov. Bill Lee’s administration to release consultant reports that recommend how to respond to the COVID pandemic — documents the state argued should remain secret under public-records law, the AP reported. Davidson County Chancellor Patricia Head Moskal ruled in favor of FW Publishing and journalist Stephen Elliott, who had requested documents assembled by consulting company McKinsey and Company for the Republican governor’s team. FW Publishing is the parent company of the Nashville Scene, Nashville Post and other Tennessee publications. McKinsey charged the state $3.8 million for its work.

• U.K. taxpayers are facing a loss of almost 1 billion pounds ($1.2 billion) in fraudulent or erroneous grants paid to businesses during the pandemic, the Guardian reported. The Department for Business, Energy and Industrial Strategy, which organized the payments to businesses that said they were struggling during the pandemic, acknowledged in its annual report that a total of £985 million was likely to be lost to “fraud and error.” A total of £11.7 billion was handed out in 2020-21.

Here’s what the numbers say:

The global tally of confirmed cases of COVID-19 topped 663.1 million on Friday, while the death toll rose above 6.7 million, according to data aggregated by Johns Hopkins University.

The Centers for Disease Control and Prevention’s tracker shows that 229.31 million people living in the U.S., equal to 69.1% of the total population, are fully vaccinated, meaning they have had their primary shots.

So far, just 48.2 million Americans, equal to 15.4% of the overall population, have had the updated COVID booster that targets both the original virus and the omicron variants.