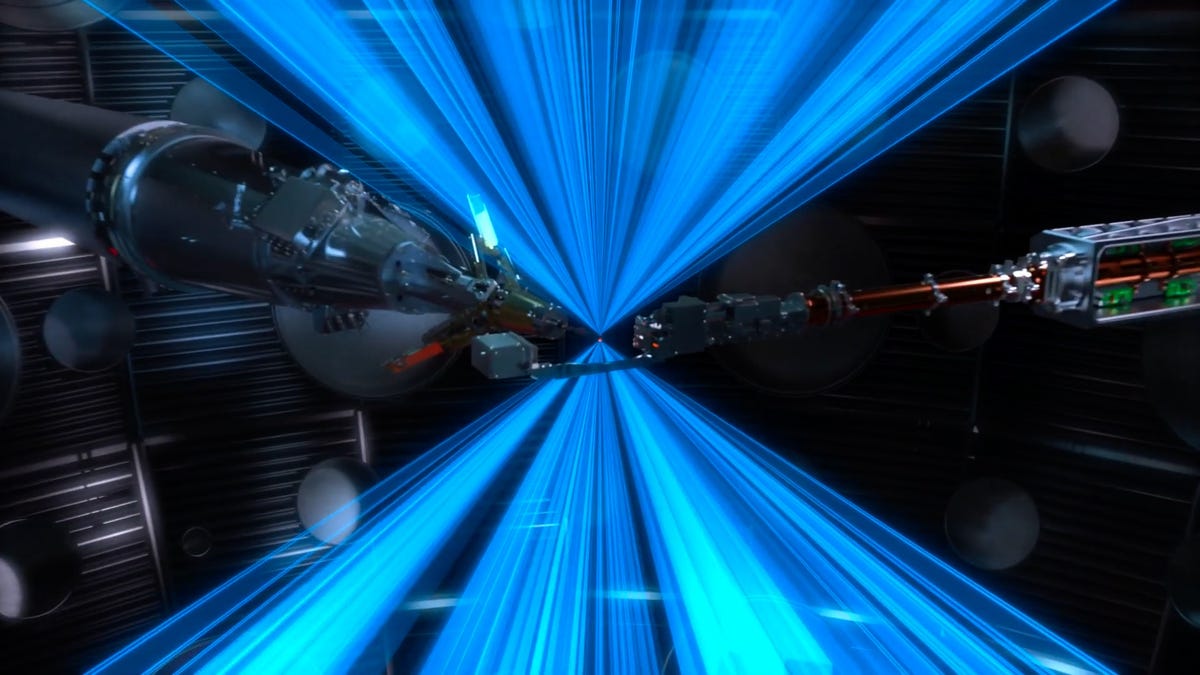 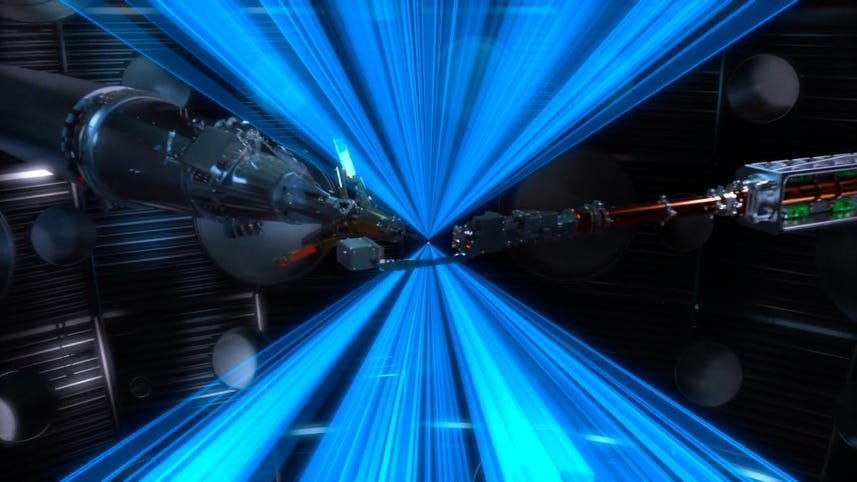 Speaker 1: From see through solar panels to fusion power breakthroughs, lots of time, talent, and money is being invested in developing more sustainable technologies. We’ve put together a list of all the ones that we’ll be keeping an eye on in 2023. Let’s get into it.

Speaker 1: Gonna kick it off with the original green power source. The sun solar power has long been a staple renewable. However, the sun doesn’t always shine, and even when it does, most commercial solar panels aren’t [00:00:30] as efficient as wind turbines. That said, efforts are underway to find new ways to make, apply and deploy solar panels that could help them fulfill a larger portion of our energy needs. The wildest new solar advancement I’ve heard of is Transparent Solar that can be applied like a film over windows or other surfaces to harvest energy. There’s a couple companies pushing this technology forward, solar Window and ubiquitous Energy. Both companies are more focused on creating partnerships with other businesses rather than selling direct consumer. [00:01:00] So it’s likely the first place you’ll encounter a solar window in the wild will be as an upgrade when buying windows for your home or office or as an add-on to your car.

Speaker 1: We’ve got in-depth videos on transparent solar projects coming up, so be sure to subscribe to CNET if you don’t wanna miss ’em. Solar is also showing up on cars. I had my first ride in a Solar EV last year when I checked out the Aptera. Most solar cars like the Aptera, Sono Scion and the Light Year Zero are engineered to be as light as possible so they can maximize [00:01:30] the benefit from their solar panels. Also, it’s important to note that solar cars don’t completely run on solar. They still need to be plugged into the grid to charge up for longer rides, but having solar panels all over your car could still provide up to about 40 miles a day, depending on the car, where you park it, and what kind of solar package you have. Capturing the sun’s power is one thing, but there are actually people trying to replicate the sun’s power here on earth.

Speaker 1: I’m talking about fusion energy, which seeks to fuse [00:02:00] elements together to generate energy like the types of reactions occurring within the massive celestial furnace we call the sun. Recently a breakthrough occurred at the Lawrence Livermore National Laboratory when a fusion reaction generated slightly more energy than what was required to start it. Something which had never been done before. That said, fusion reactors still have a long way to go. It’s likely they will need to be able to generate 10 times the input energy to be a viable energy source, something which is still many [00:02:30] years away, but with massive fusion projects like Eater on the horizon. There’s a lot to watch in this space, and you can find it here on what the future while solar infusion take aim at harnessing the power of the sun. Other energy tech companies are aiming at a power source a lot closer to home.

Speaker 1: The ocean wave swell energy’s artificial blowhole recently completed a one year test off the coast of King Island Australia, inspired by a natural blowhole the uni wave, 200 direct waves into its central chamber [00:03:00] where air is compressed, spinning a turbine, and sending energy to the grid. Wave swell energy says it’s still improving. Its artificial blowhole, making it more reliable and affordable. Another company called Eco Wave Power is using manmade structures built into the ocean as a foundation for wave energy generation. These floaters sit on the surface where the rising waves push them up, creating fluid pressure in the system, which spins a hydro motor that turns a generator, that sends electricity to the grid via [00:03:30] an inverter. The system’s designed to automatically recognize upcoming storms so it can raise its floaters out of the water until the bad weather passes to prevent damage. Eco wave power already has installations in Gibraltar and Jfa port in Tel Aviv, Israel, and they’re working on one in Los Angeles that’s expected to be up and running this year.

Speaker 1: Efforts are also underway to harvest wave energy from under the water. A company called a w s Energy has deployed a massive underwater buoy [00:04:00] called the Archimedes Wave swing that sits below the surface and is tethered to the ocean floor as the waves roll by the extra pressure created by the wave’s crest pushes the floater down, creating an airs springing that, lifts it back up, a generator, then transforms this up and down movement into electricity. AWS Energy is planning for more trials of the Archimedes’ Wave swinging in 2023. As always, thanks so much for watching. See you next time with the fam.

Comment on this storyCommentThree months before ChatGPT debuted in November, Facebook’s parent company Meta released a similar chatbot. But unlike the phenomenon that...
Read more
Technology

BLACKSBURG, Va. — The bloom was not yet off the rose for Justin Fuente at Virginia Tech in 2018.In fact, the Hokies’ signing...
Read more
Technology