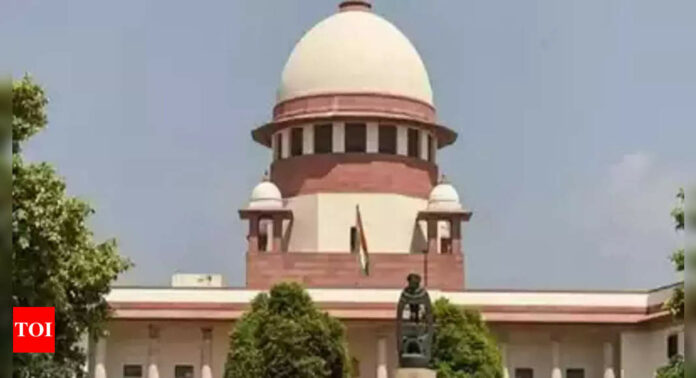 NEW DELHI: Days after the Supreme Court collegium made public reports of the Research and Analysis Wing (RAW) and the Intelligence Bureau (IB) as it rejected the government’s objections to its recommendations for appointments as judges, law minister Kiren Rijiju stressed on Tuesday that the conduct of the collegium was violative of the convention and a matter of “grave concern”.
“Putting the sensitive or secret reports of RAW and IB in public domain is a matter of grave concern on which I will react at an appropriate time,” Rijiju said during a function of the law ministry.
The disclosure of the reports was the first instance when an SC collegium put in public domain all the reasons cited by the government behind its objections to its recommendations.
The law minister said such disclosures of intelligence reports will affect the agency, which generates reports before advocates and judicial officers are recommended for elevation to the high courts. Once a person becomes a judge of the high court, no IB reports are required, even when s/he is elevated to the Supreme Court.
The SC collegium had last week uploaded its resolution reiterating its recommendation of advocate Saurabh Kirpal for appointment as a judge of the Delhi high court. Kirpal was first recommended by the Delhi HC collegium in 2017 and thereafter endorsed by the apex court collegium. The SC collegium has since twice reiterated its choice, last time in November 2021.
The collegium had also disclosed the objections raised by the government against its recommendations for John Sathyan (Madras HC) and Amitesh Banerjee (Calcutta HC).
Kirpal’s same-sex relationship with a Swiss national has been cited as the reason for the RAW to raise objections to his elevation as a judge of the constitutional court on grounds of national security. The government had also cited his declared gay sexual relationship.
According to the collegium, the law ministry had also cited Kirpal’s role as a gay rights activist for its objections as same-sex marriages are yet to be legalised in India.
The law minister also expressed the need for a cohesive relationship between the higher judiciary and the government to bring down the huge pendency of 4.9 cases in courts across the country.
“Around 4.9 crore cases are pending. It is a huge number, especially when you think about the many people unable to get justice. Pendency means delay of justice. Delaying justice means denial of justice. Justice must be delivered at the fastest possible pace,” he said.