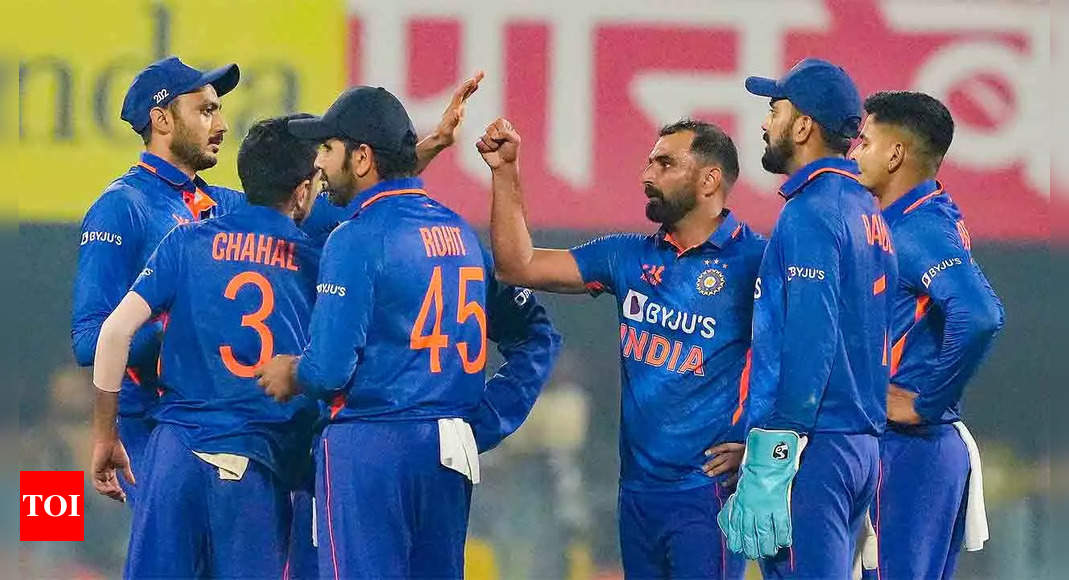 Eden all set for another run-fest
KOLKATA: Rahul Dravid hit an important half-century on Wednesday. As Team India celebrated the coach’s 50th birthday, Dravid will prefer to wait a day longer for the perfect gift: an unassailable 2-0 lead in the three-match series against Sri Lanka at the Eden Gardens here on Thursday.
There could not have been a better start to the year, which will culminate with the 50-over World Cup, than putting up a total of 373 runs in the first ODI in Guwahati. It was a good day in office for the Men in Blue as the team’s top eight batters recorded a strike rate of 100 or more in an innings. However, getting only 70 runs in their last nine overs prevented India from breaching the 400-run mark.

The team management took some difficult calls like benching India’s latest double centurion in the format, Ishan Kishanand 360-degree batter and match-winner Suryakumar Yadav. But skipper Rohit Sharma and Shubman Gill put all criticism to rest by putting up a 143-run opening stand.
The way they struck an instant rapport, it was hard to believe that the two were opening together only for the second time in this format.

Gill might not be as flamboyant as the left-handed Kishan, but he has class written all over him. He can find the boundaries with great timing and placement. More will be expected from the duo as Rohit returns to the venue where he got his highest ODI score of 264, against the same opponents when they last met in an ODI here in 2014.
With Virat Kohli back among the runs with back-to-back ODI centuries, and Shreyas IyerKL Rahul and Hardik Pandya all making useful contributions, it can again be a hard day for the Lanka bowlers on a track that promises another run fest.

Both coach Rahul Dravid and skipper Rohit Sharma have fond memories of the Eden Gardens and they will look to wrap up the series by winning the second ODI. (Photo by Pankaj Nangia/Getty Images)
The ball is expected to come on to the bat nicely, coupled with a lightning quick outfield. In the absence of ace pacer Jasprit Bumrahthe Indian bowling attack was a bit inexperienced on paper. But youngsters Mohammed Siraj and Imran Malik did the maximum damage, sharing five wickets between them.
The Lankans have plenty to rectify in this short time. They wasted the new ball by being wayward, and their openers failed to provide a good start. Their fielders were guilty of dropping Kohli twice.

Skipper Dasun Shanaka said, “We did have a plan, but the bowlers didn’t execute the basics right. We didn’t use variations during the first 10 overs.” Lanka were much more competitive in the T20Is.