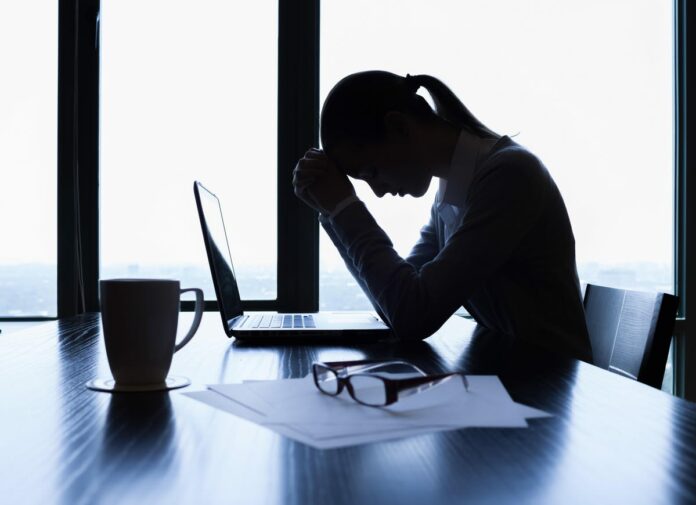 Twitter’s CEO, Elon Musk, followed suit by offloading roughly 50% of the staff at the social media giant. With about 4,000 employees losing their jobs at Twitter, with some being asked back not even a day later, it is clear that confusion rules Northern California tech stalwarts. The trend continued in 2023, with Amazon reportedly relieving nearly 18,000 employees.

As Spotify reduces its workforce by 6% globally, concern centers on finding an endpoint to the carnage. Daniel Ek, Spotify’s CEO, publicly communicated the market assumptions that steered the Swedish tech giant askew. “In hindsight, I was too ambitious in investing ahead of our revenue growth,” shared Ek.

LinkedIn farewell posts have now become commonplace for talent to share incomplete dreams and reconciliation for alternative, future paths most admittedly never believed they would have to contemplate.

Yahoo Finance caught up with Dan Ives, tech analyst, and managing director at Wedbush Securitieson the layoff effect in tech. “Someone’s loss is another’s gain. Highly skilled developers and software engineers won’t stay unemployed for long, and the companies that snap them up will probably be those at the forefront of exciting new sectors such as artificial intelligence, electric vehicles, cloud storage, and cybersecurity. I think it’s a repositioning of tech.”

This reporter wanted to learn more about the next steps in talent recruitment and spent time with Hudson Brock, CEO and founder of AlloHirea boutique tech recruiting company based in Chattanooga, Tennessee. Brock shared current challenges facing the technology sector, leaning quickly into the ground-shaking practices by many who call Silicon Valley home.

“Some of the biggest platforms are so focused on their immediate need for growth and expansion that they rarely consider how their frequent and erratic hiring practices can affect the lives of their staff down the road. Erratic hiring almost always results in erratic firing processes, which is something that tech companies need to change,” Brock says.

Rod Berger: Before we get to why the tech sector is so unstable for current and prospective employees, let’s discuss the central tenet of your firm – allocentrism.

Hudson Brock: Allocentrism is the opposite of egocentrism, which is an unhealthy focus on yourself or your company in this context. ‘Allo’ means “other,” so allocentrism, in a nutshell, is ‘other-centeredness’ as opposed to self-centeredness. Allocentrism in a company will show up as a strong focus on employees when it comes to hiring or your customers and clients when it comes to service.

It is building a company culture that considers every corporate decision’s implications on the life and output of the vital relationships the company maintains, like customers and staff. This is the core guiding principle behind our company, hence the name, Allohire.

Berger: Can you share a little about Allohire, the background, and how you came up with allocentrism?

Brock: The concept probably came to me from observing how corporations operated and observing hiring practices for years from both sides of the table. I founded AlloHire to bring allocentrism to talent acquisition because I noticed so much self-centredness in how companies, especially tech companies, make hires. This self-centeredness is constantly affecting the long-term impact of their hires.

We are a boutique recruitment agency that partners with mission-driven organizations to make high-impact hires. Over the last two years, we have grown this agency from a bootstrapped startup in my basement into a multi-million dollar business with headquarters in the heart of downtown Chattanooga. Our rapid success is proof that our ideas are catching on.

We have partnered with over 30 companies, including industry leaders like Chick-fil-A, Very, The Optimism Company, Principle Studios, Waypoint TV, Softgiving, and Reliance Partners. We have utilized our unique relationship-focused strategy to serve both candidates and hiring companies effectively.

Berger: The tech world is experiencing a problematic hiring freeze. Some argue it is more like a hiring decline. How does allocentrism affect this scenario, and can it alter what many see as inevitable and negative change?

A recent analyst in Fortune recently cautioned that 15% to 20% of Big Tech employees could experience layoffs in the next six months.” What is your impression of this forecast?

Brock: It is time that the tech industry began looking forward to the future of hiring and how it needs to change. The mistakes have already been made. For instance, Twitter and Meta were heavily criticized in 2020 for their sudden hiring surge; just two years later, they laid off almost all of those new hires.

Mark Zuckerberg recently came out to take responsibility for the layoffs. He admitted that the rapid hiring had been ill-advised. They had made so many hires in anticipation that the frenzied online activity and ad-spend of the mid-Covid era would be sustained after the pandemic, but there was no evidence to suggest that this would be the case.

When companies treat hires as stop gaps, there is bound to be a negative impact on long-term productivity. Yet, when they consider how their hiring decisions today will affect the hires in a few years, they will make more conscientious decisions.

Most companies hire to fill immediate gaps without considering if that gap will exist in the near future and if their hires are flexible enough to be absorbed into other spaces within the company. They hire to meet their needs rather than the needs of the candidate, who might also have a target for accepting the job. The ease with which tech companies turn over staff is one of the causes of the great stagnancy in that space today.

Berger: Does this concept of allocentrism also apply to candidates themselves? How would you advise new college graduates looking for their dream job to apply the concept for themselves?

Brock: We focus on developing authentic relationships between coworkers and future coworkers. We live in the liminal space of job exploration, ready to serve as personal agents to both candidates and hiring managers. We first apply the concept of allocentrism to ourselves and our services as an agency and then encourage others to do the same.

Potential hires can apply the same concept by becoming more focused on what the company needs from them. This goes beyond researching the company before an interview. It is a mindset that prepares the candidate to benefit the company significantly.

An allocentric mindset shows up in how the candidate answers questions, the details they pick up about the company, and their understanding of how their strength comes into play to further strengthen the company’s position.

Our approach to candidates and hiring organizations makes it easier for companies to enact near-perfect hires because of the other-centeredness involved in the hiring process. Our approach to our work makes us a glitch in the recruiting matrix, a long-overdue glitch.

Layoffs in the tech space have spread to companies like Airbnb and Roku. Continued reports of cutbacks in 2023 further strengthen the position of experts like Hudson Brock in their insistence that the recruitment system is broken and needs an overhaul.

Time will tell if substance marries with sustainable hiring practices in Silicon Valley. Hudson believes that prioritizing relationship-building strategies is key to the sector’s long-term human capital investments. In his words, “Every human has a reason for being that’s maximized through real relationships.”

Interviews have been edited and condensed for clarity.

Share
Facebook
Twitter
Pinterest
WhatsApp
Previous articleGov. Tony Evers pledges $500M for mental health, shared revenue and PFAS remediation in State of the State
Next articleBig Tech is firing employees by the thousands. Why? And how worried should we be?