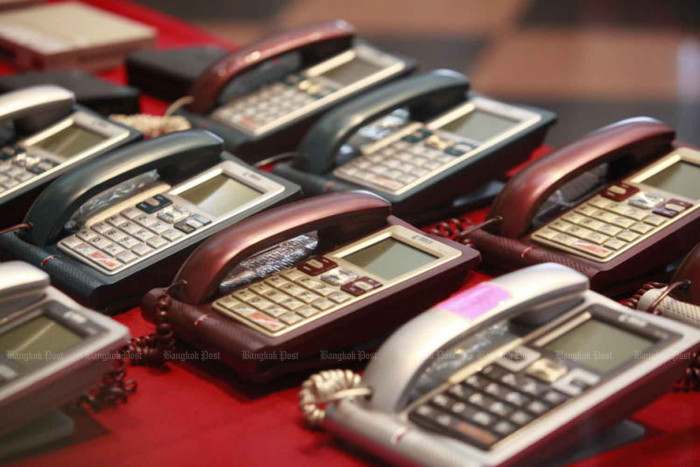 A regulation aimed at preventing and suppressing technology crime is set to be submitted to the cabinet this month, says Digital Economy and Society (DES) Minister Chaiwut Thanakamanusorn, as the ministry moves to tackle online scams as a priority agenda item in 2023.

Under the legislation, the telecom regulator could shut down SIM cards suspected of being used for scams, or connections or transmission sites believed to be assisting crimes.

Payment transactions suspected to be linked with fraud could also be blocked under the law.

In a separate law, a draft royal decree on the supervision of digital platform services subject to prior notification was announced in the Royal Gazette last month, and will become effective on June 21 this year.

The legislation requires digital platform operators to provide information about their business and services to the Electronic Transactions Development Agency before conducting business.

The law was designed to protect consumers from fraud and boost confidence in electronic transactions.

Mr Chaiwut said countering scams and requiring digital platforms to notify authorities about their business are among the key tasks for the DES Ministry’s agencies in 2023.

Referring to DES missions for this year, he said the ministry is pushing for new legislation and amendments to existing laws to tackle tech crime, developing new innovations to help the public, including digital ID and digital Post ID, as well as ushering in a centralised cloud for public health.

Roughly 150 hospitals have been connected to the Health Link system, he said.

People can verify their identity and allow Health Link to retrieve their medical records.

Once consent is given by patients, hospitals can access their medical records for treatment.

Another 100 state hospitals across the country are expected to connect with this system this year, Mr Chaiwut said.

The platform is likely to be unveiled in the next few months, he said.

To tackle rampant online scams and call centre fraud, the emergency decree on the prevention and suppression of technology crimes will be implemented, said Mr Chaiwut.

The law allows the suspension of bank accounts or mobile numbers suspected of being used to commit fraud within two hours after the complaints are lodged, he said.

The DES Ministry held talks with various organisations to join forces in combatting online crimes, and they have agreed to enhance their screening systems, said Mr Chaiwut.

One of the key resolutions is to obstruct mule accounts in the mobile banking system, which can be used for illegal transactions, he said.

“If we can block mule accounts or create barriers for them, this could reduce the problem,” Mr Chaiwut said.