Home Uncategorized ‘New idol of Ram Lalla to be installed in Ayodhya temple on...
Uncategorized

‘New idol of Ram Lalla to be installed in Ayodhya temple on January 14, 2024’ | India News 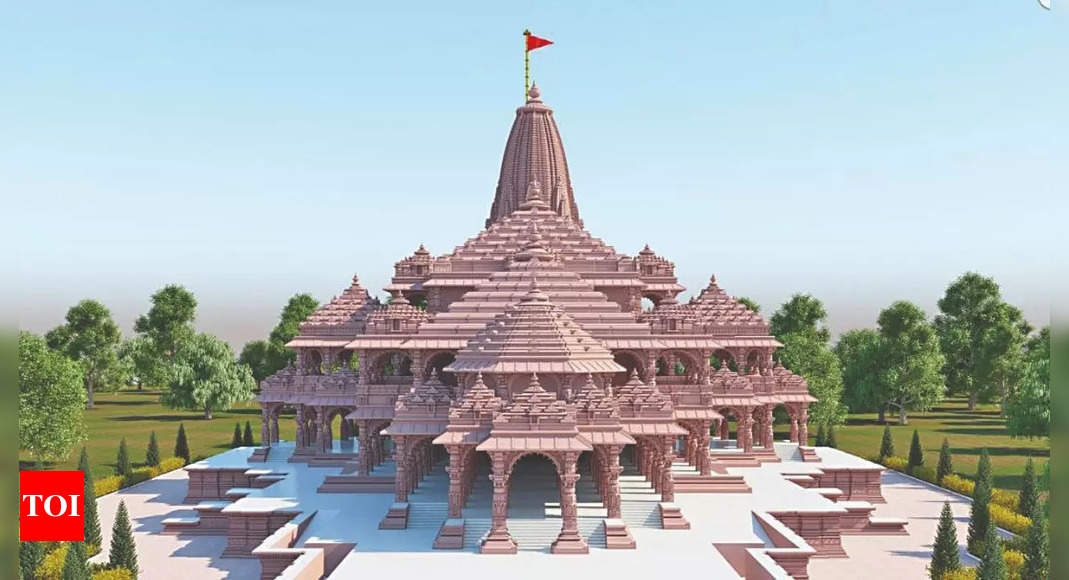 AYODHYA: A day after Union home minister Amit Shah announced that the Ram Mandir in Ayodhya will be ready by January 1 next year, temple trust general secretary Champat Rai said that the idol of the deity will be installed on January 14, 2024, the day of Makar Sankranti. By the end of 2023, the construction at the sanctum sanctorum is expected to be completed, Rai added.
This idol will be the ‘baal roop’ (childhood form) of Lord Ram, however, the exact appearance, expressions and face of the idol have not been decided yet.
“Grand celebrations for the opening of Ram Mandir will start in December 2023 and will continue till Makar Sankranti, 2024,” Rai said.
The new idol is likely to be put at a height of nine feet and the devotees will be able to have darshan from a distance of 35 feet. The idol will be installed at such an angle that the rays of rising sun will touch the forehead.
“We have constituted a team of experts from CSIR-CBRI, centre of astronomy and astrophysics, for the installation of idols in such a way that the rays of the rising sun touch the forehead,” Rai said.
The Shri Ram Janmabhoomi Teerth Kshetra Trust will invite top sculptors from around the country to get the idol prepared for the temple.
According to the trust sources, sculptors Sudarshan Sahoo (Padma Vibhushan awardee) and Vasudeo Kamath from Odisha, KKV Maniya from Karnataka and Shastragya Deulkar from Pune have been invited to send the design of the idols to be put for selection.
“We will have discussion with all the senior seers of the country over the making of the new idol of Ram Lalla. We have selected stones from Karnataka, Odisha and Maharashtra for the construction of the idol. After the finalisation of the idol, the trust will order the stones,” Rai said.