Home Uncategorized No goon can extort money from businessmen in UP: CM Yogi Adityanath...
Uncategorized

No goon can extort money from businessmen in UP: CM Yogi Adityanath | Mumbai News 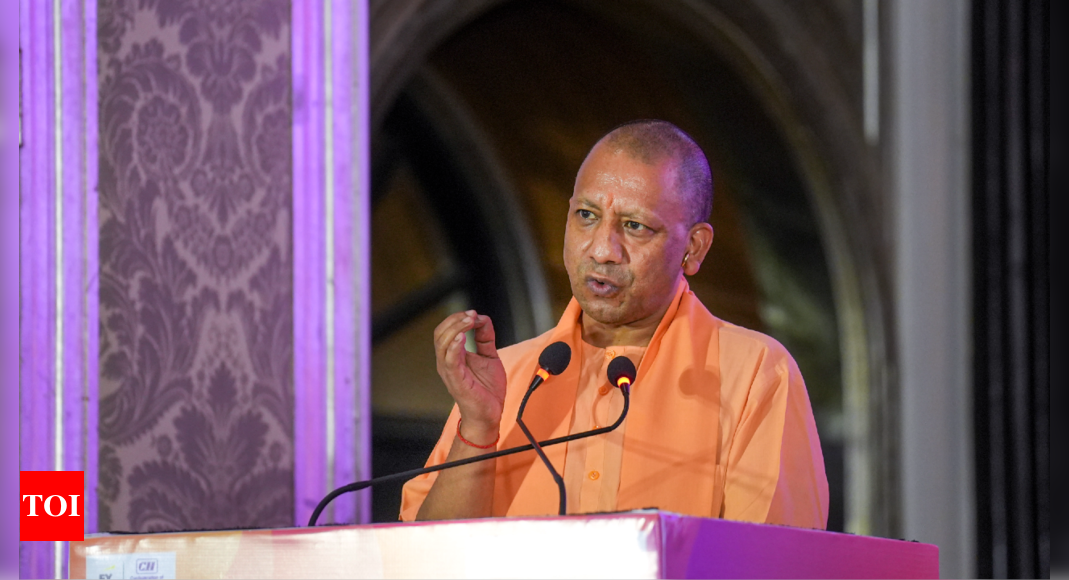 MUMBAI: In a bid to persuade investors to come to Uttar Pradeshthe state’s CM Yogi Adityanath on Thursday laid emphasis on the improved law and order situation in the state.
Addressing investors at a meet jointly organised by the UP government with the Confederation of Indian Industry at a South Mumbai hotel in preparation for the Global Investors Summit in Lucknow in February, Yogi Adityanath said his government had created such an atmosphere that today, no goon can extort money from any businessman or contractor in the state. “Even political donations cannot be taken forcibly,” he claimed.

From electronic manufacturing to Air India flights to all the spiritual centres in UP, Yogi Adityanath returned to his state with a promise of Rs 5 lakh crore investment from industry captains. A formal MoU with all industries will be signed in Lucknow in February at the Global Investors Summit, a statement said. Adityanath, who was on a two-day roadshow in Mumbai, met Reliance industries chief Mukesh Ambani, Tata Sons chief N Chandrasekharan, Aditya Birla group chairman Kumarmangalam Birla, Karan Adani, Ajay Piramal of Piramal Enterprises and several other industrialists who promised a slew of investments in UP.
A statement by the UP government said Ambani promised investments in electronics manufacturing and green energy sectors, including providing 5G internet connectivity across UP, and better health services to villages with the help of artificial intelligence, whereas Adani Group said it would set up medical colleges in Ballia and Shravasti on a PPP model and a skill development centre with a capacity of 10,000 youths in Noida. He also discussed plans for investment in warehousing and logistics sector to the tune of Rs 2 lakh crore over the next five years. He also spoke of building the world’s largest aluminium hub in the UP defence corridor.

Birla sought the government’s support for setting up a convention center in Noida. Darshan Hiranandani discussed plans for semiconductor investment in collaboration with foreign partners while Tata Sons chairman N Chandrasekaran discussed the cultural and spiritual importance of UP and developing the spiritual circuit in UP by making AI’s flight service at all airports in UP, as well as building hotels.
Yogi Adityanath said the defence corridor is being set up on land once captured by the land mafia. He said the government has undertaken measures such as forming an anti-land mafia task force to curb illegal activities. So far, the government has evicted the land mafia from over 64,000 hectares across the state, he said.

Best fertile land in the country is in Uttar Pradesh: CM Yogi Adityanath at GIS-2023

Taking inspiration from PM Modi, he stated, the state has mapped traditional enterprises and over 96 lakh MSMEs are working. “The ‘One District One Product’ scheme is giving a unique identity to products of each district, and we are doing its branding and marketing. This scheme has been helpful in increasing our exports,” he said.