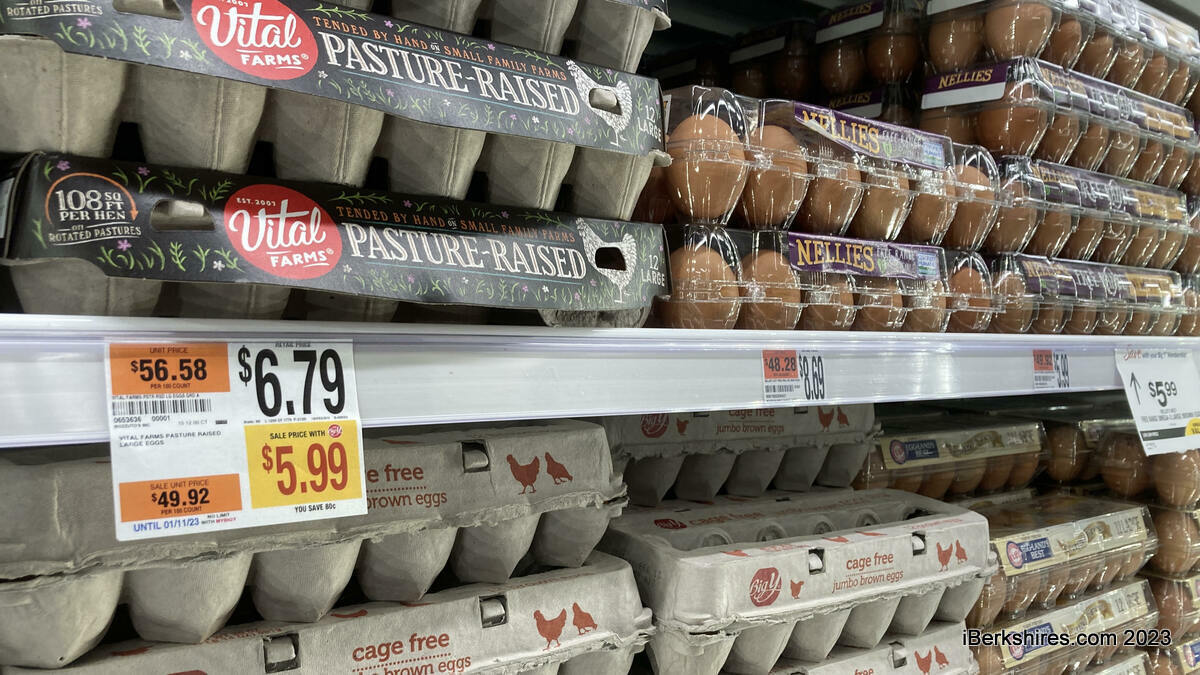 PITTSFIELD, Mass. — Board of Health members are hesitant to put chicken-keeping permits under the Health Department’s purview but have agreed to gather more information about it.


The panel revisited a proposal from resident Melissa Corbett on Wednesday that moves the permitting process for six chickens from the Zoning Board of Appeals to the BOH, reducing the fee from more than $500 to around $25.


“I think we all understand that the ZBA’s process is expensive and cumbersome,” Chair Bobbie Orsi said.

“I don’t know what they would say about this but it just seems like it could be the tip of the iceberg and I think we’d want to go into making a decision like that with a lot more information than we have.”

Corbett and Councilor at Large Karen Kalinowsky argue that the current cost is exorbitant — especially for lower-income families who want to combat the rising price of eggs by supplying their own.

In November, Director of Public Health Andy Cambi said the current process is effective and expressed concerns about taxing the department with another responsibility.

Corbett was not able to make this week’s meeting but submitted a written statement that Kalinowsky read to the board.

“It has already been discussed that keeping six chickens should not be more difficult than keeping as many dogs. Even if the application fee is reduced significantly, the cost still remains high with the fees required by the state for ZBA special permit. The process that the fees cover is unnecessary. Neighbors can easily be notified without a legal process and adding a note to the deed of the property.  That is very unnecessary.”

She said transferring the process would change it to a registration of the chickens with a signature indicating that the property can sustain the coop according to the current regulations.

“I also understand, however, that sometimes it is necessary to do these things in order to meet the needs of the community that we serve, fulfilling our purpose and mission as an organization. It seems clear after looking at many other cities and towns in Massachusetts that the keeping of chickens should fall under the jurisdiction of the Board of Health.”

Kalinowsky was shocked by the cost and deed attachment requirements when they were brought to her attention. The two agree with the ZBA’s regulations for chicken keeping just not to process of obtaining the permit.

“I just think that we can do better for all the people of Pittsfield,” she said.


There was some back and forth between the councilor and the board throughout the conversation.

The city has seen 18 chicken permits over the last five years but Kalinowksy said that there are many unregulated fowl. This concerned board members, as they wondered if it would open a can of worms and if the Health Department would have to track down all of the unpermitted chickens.

“It could be more complicated than we understand,” Orsi said.


Kalinowsky argued that is not a reason to shoot down the proposal.

Cambi said complaints are referred to the building inspector who oversees zoning variances and his department only gets involved if there are unsanitary conditions.

He believes that the financial piece should be addressed rather than changing the process. On the other hand, Kalinowsky asserted that this solution will be the most affordable and that using grants is not permanent.

Brad Gordon wondered if there was a more “holistic” way to address the permitting that includes all domesticated animals.

Members were also frank about the panel’s inclination to act in the best interest of public health, observing that the proposal was made solely because of cost.

“That doesn’t seem like the best reason to change the process, that it’s cheaper for it to be here,” Orsi said.

“I think if there are real public health reasons for it to be here, that is something that’s important and of course, we want to keep it affordable if people want to be able to do this but I think we need to figure all of that out.”

Board member Steven Smith pointed out that he is in this position to protect public health and will do all that he can to fulfill that mission. He is also passionate about helping people in financial hardship and said he just needs more information to be “all in” on the proposal.


Kalinowsky said that providing food for your family is considered a public health issue.

Before the next BOH meeting, information will be gathered on the A to Z of chicken permitting, any complaints about chickens, other non-domesticated animals in the community, and possible ways to address the cost.

Orsi recognized that this should be a larger conversation with all related entities involved.

Can you tell if your gas stove is hurting your health?

(NEXSTAR) – The debate over whether or not to ban gas stoves may have started as an environmental issue — and then became...
Read more
Health

Mental health advocates in the Adirondacks look to fix gaps

February is coming and with that means we...
Read more