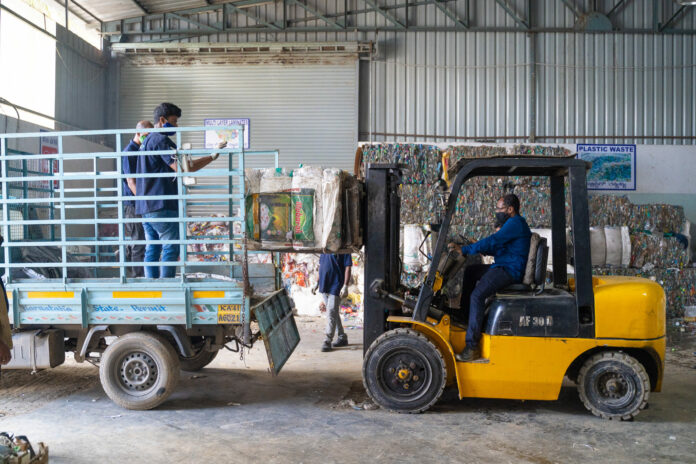 Hyderabad-based serial entrepreneur Abhay Deshpande likes to say he has always ventured into sectors before they become the next hot thing.

In 1998, Deshpande started what might have been India’s first e-commerce website, Malamall.com, which was essentially an online marketplace for ethnic wear brands. With a dash of pride, Deshpande told CrASIAthe market was not ready for the site. Even though Malamall didn’t do well, he learned a lot from running the business.

His next startup, formed in 2007, was a software-as-a-service company called Martjack, which he again claimed was one of the first homegrown SaaS companies in India. Deshpande said Martjack worked with companies like Pizza Hut, Walmart, and Future Group. Eight years later, he sold it to Capillary Technologies.

Afterwards, Deshpande got into venture capital investment. This was a time when tech startups were the talk of the town. VC firms from the United States and China were making investments in the country. However, the entrepreneur-turned-investor was not comfortable in his role as a VC. Deshpande still had at least one startup in him and didn’t yet want to hang up his boots as someone who starts and runs a business.

Deshpande did some research and decided that waste management, an industry estimated to be worth USD 14 billion in India by 2025, could be the next big thing for him.

Along with his former associates Abhishek Deshpande and Anirudha Jalan, Deshpande started Recykal in 2017, a waste collection company that works with ragpickers who collect waste from residential houses and deposit refuse at recycling centers. To streamline the process, Recykal launched an app called Uzed where individuals can schedule waste pickups.

However, the unit economics for Uzed weren’t sound. “Households are not massive waste generators on a daily basis and the amount of waste we were collecting wasn’t enough for recyclers,” said Deshpande, founder and CEO of Recykal.

Deshpande realized one product or app could not cover everyone’s needs and particularities. As Recykal rejigged its business, Deshpande realized that he should approach bulk waste generators who can provide at least 10 kilos of trash per day. That way, it would be economically viable for the company as well as maintain a steady supply for recyclers.

In 2019, Recykal pivoted to a B2B model, where it built products for everyone involved in recycling.

Recykal created a new app for companies to send waste pickup requests that include details such as the quantities and types of garbage. The company then sends ragpickers who transport this waste to different collection centers, where it is sorted.

Then, Recykal created a marketplace to connect waste collection centers and recyclers. Deshpande said this channeled six to 20 tons of waste each month to recyclers, giving them a steady stream of raw materials for their business. The company works with 160 recyclers across 25 states and claims to have facilitated the recycling of over 30,000 metric tons of plastic waste.

What encouraged Recykal’s pivot was the Indian government’s rule on plastic waste management that introduced extended producer responsibility, or EPR, in 2016. This mandates all companies that generate plastic waste to ensure they collect and recycle a certain percentage of it.

“These brands didn’t know who to connect with to take care of EPR, and since we already had a marketplace, we created an EPR tool for brands. They create their target on the platform, which we ensure is met within the stipulated time, and once it’s done, they can file the details with the government through our EPR tool,” Deshpande said.

Recykal works with more than 75 brands such as Coke, Pepsi, Unilever, LG, and Panasonic.

In addition to marketplaces, the company has also built a cloud-based enterprise resource planning (ERP) tool for dry waste collection centers. It is used by more than 2,000 clients.

Currently, Recykal only collects paper, plastic, and electronic waste. This year, it is looking to expand its operations in two new categories—rubber and batteries. “These are the two categories where the government is looking to bring EPR,” Deshpande said.

In late 2020, the company raised an undisclosed amount of money from Circulate Capital, a Singapore-based firm. Recykal is looking to raise USD 10–14 million in its Series A round.

“I started this company because, since I had made good money from the last business, I wanted to get into a space that could make me more money as well as create value for the society,” Deshpande said.