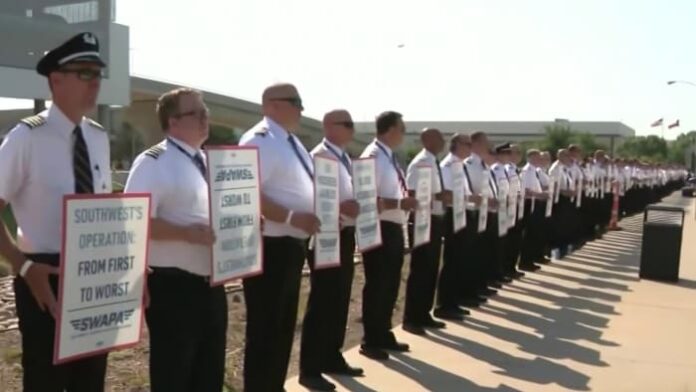 Weeks after major issues led to thousands of flights canceled during the holidays, Southwest Airlines is facing another problem.

The union representing more than 10,000 pilots could soon vote on whether to strike.

Union leadership is calling for an authorization vote, which is an early step toward a work stoppage and something this union has never done.

Pilots said negotiations have stalled after discussions with the airline for more than three years.

“Three years in the negotiating room, very little progress, a Christmas meltdown that has just defined what all of our problems are have led us to this decision,” Casey Murray, a Southwest captain and president of the Southwest Airlines Pilots Association, told CNN.

The pilots’ votes would be counted as soon as late May, but even if a strike is approved, federal labor officials would have to also sign off on it.

Southwest Airlines promised its customers earlier this week it would make changes to avoid the same issues seen over the holidays.

The massive disruptions began Dec. 22 with a winter storm and snowballed when Southwest’s ancient crew-scheduling technology was overwhelmed, leaving crews and planes out of position to operate flights. It took the airline eight days to recover.

Southwest is giving 25,000 frequent-flyer points to customers whose flights were canceled or significantly delayed between Dec. 24 and Jan. 2, and seems to be making progress on refunds, but executives concede it will take many weeks to process the reimbursement requests.

Get today’s headlines in minutes with Your Florida Daily: