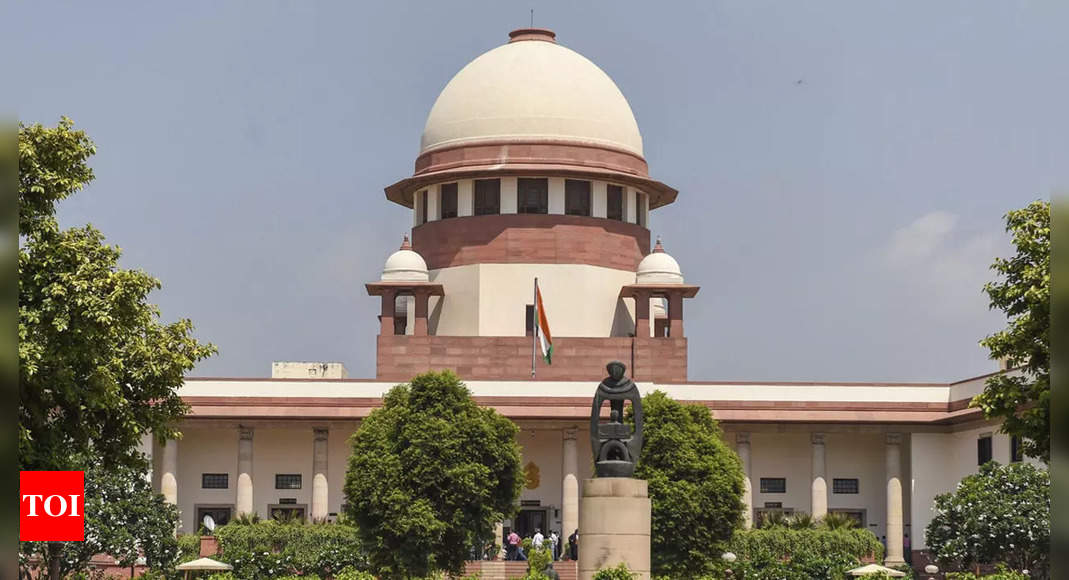 NEW DELHI: Amidst divergent opinions evading consensus on various points to make 2018 verdict on passive euthanisa workable on ground, the Supreme Court on Wednesday agreed in principle to keep judicial officer and district collector out of the process for making living will and setting up of medical board for removing life support system for terminally ill patients.
Facing the onerous task to tweak 2018 verdict without modifying it and to continue with the safeguard put in place four years back, Justices KM Joseph, Ajay Rastogi Aniruddha Bose, Hrishikesh Roy and Justice CT Ravikumar are exploring ways to build consensus among parties, including the Centre, to make the process of making and executing living will or advance directive practical and less cumbersome for the patient.
As the petitioner, represented by advocate Arvind Flat and additional solicitor general KM Natarajagreed that there was no need to involve judicial magistrate of first class (JMFC) in the process of preparation of will, the bench agreed that the living will can be attested by notary or a gazetted rank officer. As per 2018 verdict, the living will or advance directive, for not putting on artificial life support system, has to be made in the presence of of two attesting witnesses and countersigned by the jurisdictional JMFC.
As per 2018 verdict two medical boards were to grant approval for passive euthanasia. If the physician is satisfied, the hospital then constitutes a medical board consisting of the head of the treating department and at least three expert doctors. If the medical board certifies for removal of the life support system, the hospital shall inform the collector who shall then constitute another medical board comprising the chief district medical officer and three expert doctors.
The court also in principle agreed that collectors be kept out of the process and will take a call on who should be entrusted with the task to constitute secondary medical board. The hearing remained inconclusive and would resume on Thursday.