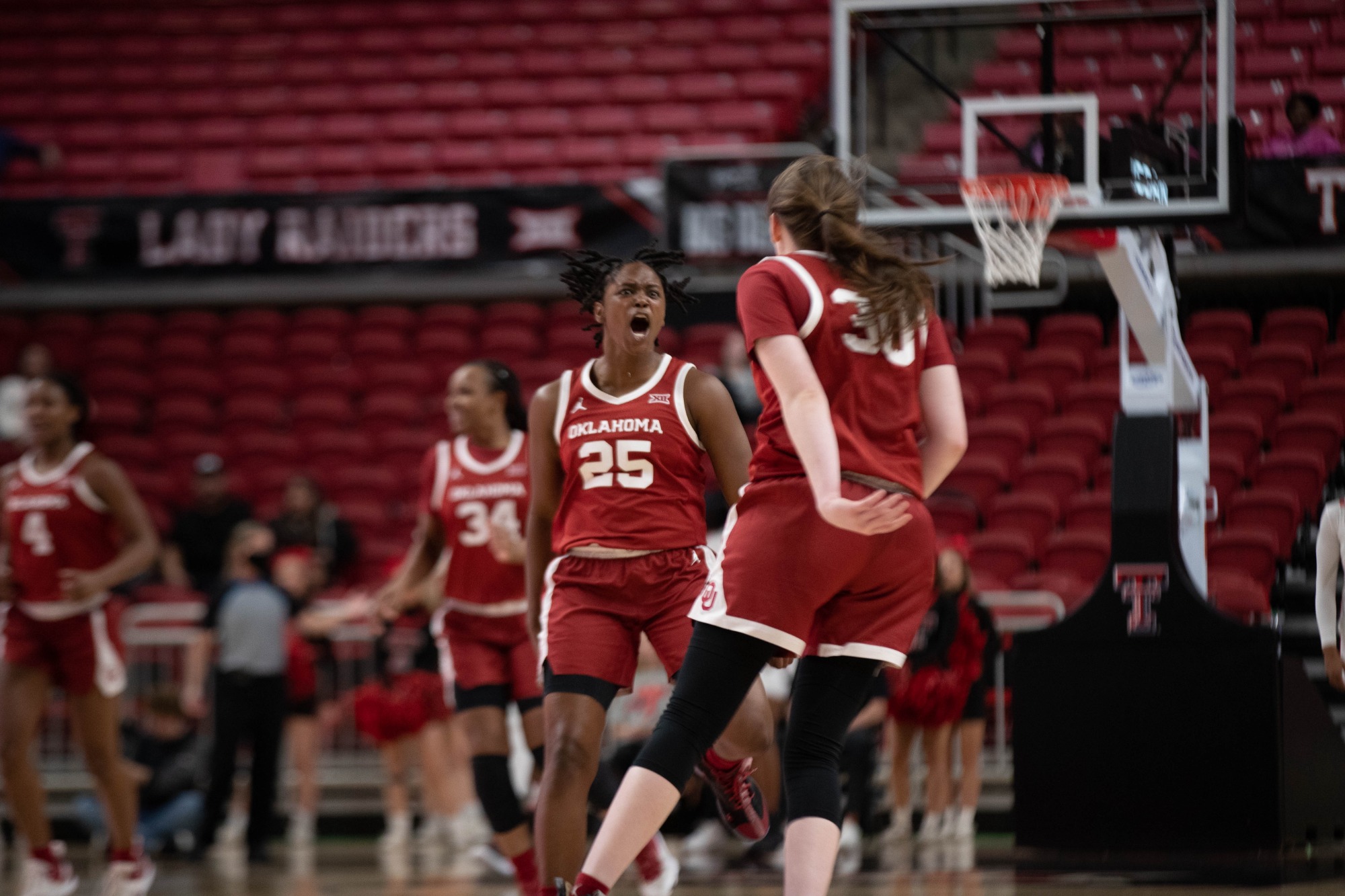 LUBBOCK, Texas — Ana Llanusa led the way as No. 19 Oklahoma erased a slim halftime deficit and held off Texas Tech 89-79 in Lubbock on Wednesday night.

Llanusa scored a team-high 20 points on 8-of-16 shooting, while Skylar Won logged a double-double with 19 points and 11 rebounds to secure the victory. With the win, Oklahoma (13-2, 3-1 Big 12) moved into a tie atop the Big 12 standings with three other teams.

Oklahoma was hot out of the gates, as Nevada Tot scored six early points, and OU jumped out to an 8-0 lead but finished the frame tied at 19-19. A strong Texas Tech (13-4, 1-3 Big 12) second quarter pushed the Lady Raiders in front 42-38 at the break. The Sooners responded in the third quarter, tying the game early in the frame to take a one-point lead heading to the fourth quarter. The final frame featured Vann’s dominance, and a pair of Taylor Robertson 3-pointers as the Sooners outscored Tech 27-18 in the last 10 minutes to punctuate the 89-79 win.

Llanusa’s 20 points secured her first four-game stretch of 20-plus points since the 2019 season, and the redshirt senior added six assists and three boards in the win. Vann controlled the second half in the paint, scoring 17 of her 19 points to finish, and grabbed 11 boards on the night for the double-double.

More ranked basketball returns to Norman when the Sooners next take the floor on Saturday as No. 23 Kansas comes to Lloyd Noble Center for a 2 p.m. tip.